Showing posts from January, 2021
Show All

The Devil Finds Work and the Banality of Evil 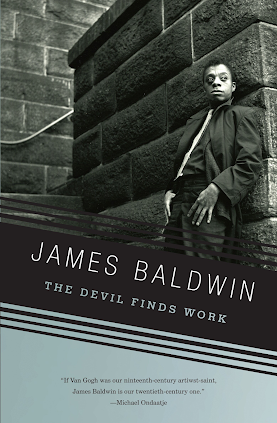 Thursday 28th January | 5:30-7:00pm | Zoom In our first session of 2021, we turn to ‘Where the Grapes of Wrath are Stored’ (1975), the closing section of James Baldwin’s book of film criticism The Devil Finds Work . Baldwin discusses the process of writing his never-realised Malcolm X screenplay, as well as the fabrication of Billie Holiday’s life in Lady Sings the Blues (1972). In the final paragraphs, Baldwin moves away from biopics to interrogate the iconic horror film The Exorcist (1973).  Baldwin describes ‘the most terrifying thing’ about The Exorcist as being the ‘mindless and hysterical banality of the evil presented’. ‘Banality of evil’ inevitably invokes Hannah Arendt’s coining of the phrase in Eichmann in Jerusalem: A Report on the Banality of Evil (1963). However, Baldwin and Arendt conceptualise evil as banal in alternative ways. To illuminate these differences, we will be pairing Baldwin with Judith Butler’s 2011 reading of Arendt in The Guardian .  Don’t feel that you
Post a comment
Read more
More posts