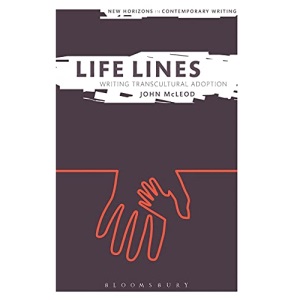 We are very excited to announce our next session of Quilting Points which will take place on Thursday 12th of May, 5.30-7.00pm. The session will take place both in-person and on zoom (details of room to follow). For this special guest speaker session we extend a particularly warm welcome to Professor John McLeod whose recent book Lifelines: Writing Transcultural Adoption (Bloomsbury, 2015) is the first critical study to explore narratives of transcultural adoption from contemporary Britain, Ireland, and America. Professor McLeod will introduce Paul Gilroy's foreword to the edited collection  In The Best Interests of the Child: Culture, Identity, and Transracial Adoption  (ed. by Ivor Gaber & Jane Aldridge, Free Association Books, 1994) , situating it within the field of adoption studies and speaking to its significance. This will be followed by a lively discussion as usual that all are welcome to contribute to.  Everyone is very welcome to join us for what promises to be a fasc
Post a Comment
Read more

Join us for a very special session! 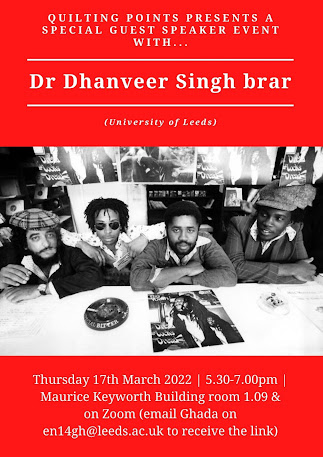 Thursday 17th March 2022 | 5.30-7.00pm | Maurice Keyworth Building room 1.09 & Zoom (email Ghada on en14gh@leeds.ac.uk to receive the link) Quilting Points is extremely excited to announce our next session: a special guest speaker event where we will be joined by Dr. Dhanveer Singh Brar from the University of Leeds to discuss Paul Gilroy's passion for music, its relationship to freedom movements, and the history of Black British music.  Please join us for what promises to be a fascinating conversation, interspersed with music from a playlist Gilroy himself composed for  Wire... For this session we will be reading a sample of Gilroy's music journalism in the article ' Bohemians, Stamp Collectors, Revolutionaries and Critics ' alongside the essay '"Rhythm in the Force of Forces": Music and Political Time' . For this session we have also put together a list of suggested further listening consisting of the Wire Playlist: Windrush Vibrations  , Tony Her
Post a Comment
Read more 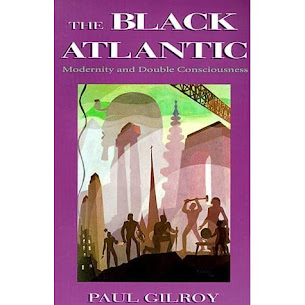 Quilting Points is back for its first meeting of the calendar year and new semester! We will be reading a section of Chapter 4: Modernity, Terror and Movement from Gilroy's seminal The Black Atlantic; pages 117-124 . We are pairing this with an interview between Paul Gilroy and Sindre Bangstad from April 2018 that was part of a series marking the 25th anniversary of the publication of the book for which Gilroy is arguably best known. The interview illuminates some of the ways in which Gilroy offers a diagnosis of the contemporary political climate, as well as reflecting on the importance of his own work throughout the years and in the current moment.  We will deliver this meeting in a hybrid format over Zoom and on campus in the Maurice Keyworth building, room 1.09.  To join us online for this meeting and to receive a reminder about the session  please email Ghada at en14gh@leeds.ac.uk to be added to the mailing list, through which you will receive the Zoom link.
Post a Comment
Read more 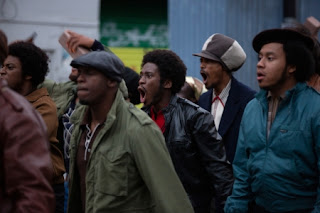 Thursday 9th December | 5.30-7.00pm | Parkinson building B.08 & Zoom We are very pleased to announce that for our last meeting of the calendar year we will be 'reading' an episode from Steve McQueen's widely celebrated series Small Axe.  We will be watching the 'Alex Wheatle' episode in which McQueen details the true story of award-winning writer Alex Wheatle. The episode explores Wheatle's younger life including the time he spent in prison during the Brixton uprising of 1981.  The episode can be found on BBC iPlayer here We will deliver this meeting in a hybrid format over  Zoom and on campus in the Parkinson Building, seminar room B.08.  To join us online for this meeting and to receive a reminder about the session  please email Ghada at en14gh@leeds.ac.uk to be added to the mailing list, through which you will receive the Zoom link.
Post a Comment
Read more 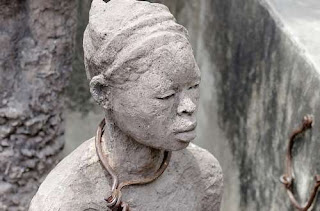 Thursday 18th November   | 5.30pm-7.00pm | Zoom/  Business School Maurice Keyworth SR (1.33)  We're pleased to announce that our third meeting of the year will pair Surviving Society 's Podcast " Paul Gilroy: Freedom Struggles " and an interview between Aretha Phiri and Michelle M Wright "Black Lives Matter but slavery isn’t our only narrative" . " Paul Gilroy: Freedom Struggles" focuses on the discussion of two of Gilroy’s most known texts Black Atlantic: Modernity and Double-Consciousness (1993); and Between Camps: Nations, Cultures and the Allure of Race (2004). This episode of Surviving Society challenges the idea of ‘generic blackness’ in the configuration of plural communities and contemporary black identities."Paul Gilroy: Freedom Struggles" also explores the role which technology plays in the creation of archives. It also addresses the presence of intergenerational gaps which illustrate how different generations have a uniqu
Post a Comment
Read more 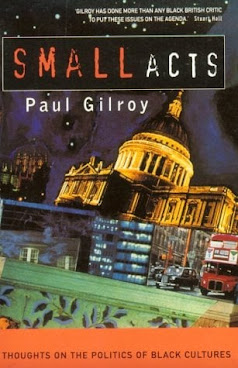 Thursday 28th October   | 5.30pm-7.00pm | Zoom/ Parkinson building Seminar Room B.08 We're pleased to announce that our second meeting of the year will pair the introduction to Paul Gilroy's 1996 book S mall Acts: Thoughts on the Politics of Black Culture  and the essay ‘British Cultural Studies and the Pitfalls of Identity’.  Gilroy’s introduction to Small Acts opens a varied collection of essays which reflect on different forms and conditions of black art and culture and their political possibilities, and analyse a particular moment of black British history. The introduction takes culture as the site for the exploration of the debates and political tensions which emerge around the representation and identities of black communities. Organising itself around a critique of ‘ethnic absolutism’, it begins to lay the ground work for a vital discussion of race and culture which challenges the use of homogenous concepts of unity to secure racial identity. Additional reflections on
Post a Comment
Read more

There Ain't no Black in the Union Jack 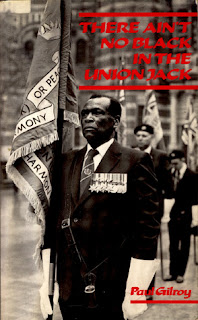 Thursday 7th October | 5.30pm-7.00pm | Zoom For our first meeting of the year, we are going to look at Gilroy's seminal 1987 book There Ain't no Black in the Union Jack . We will be reading Chapter two - '"The whisper wakes, the shudder plays": 'race', nation and ethnic absolutism' - pages 43-72 in the first edition.  Gilroy's first book is centered on race and class, and caused uproar when it was first published for accusing politicians and intellectuals on both sides of the political divide of not taking race seriously. He argues that racism is deeply interwoven with nationalism in Britain, and Chapter two focuses on the capacity of racism to link discourses of patriotism, nationalism, xenophobia, Englishness, Britishness, militarism, and gender difference into a complex system that gives 'race' its contemporary meaning. This recent Guardian long-read article and the interview Gilroy gave after receiving the prestigious Holberg Prize i
Post a Comment
Read more
More posts